I waited until I returned from Florida to post a blog about the Member Guest Tournament at Fiddlesticks.  There was a lot going on between golf, a show, dinner’s out, etc. and I wanted to try and do the long weekend justice.  John and I both played poorly, but showed moments of brilliance – isn’t that usually the case?  We ended up 5th in the first flight, well out of the lead – but had a chance to win $1,000 in the final shootout – more about that later. END_OF_DOCUMENT_TOKEN_TO_BE_REPLACED

Yesterday, I arrived at the Philadelphia airport at 3:15AM for my 5AM flight to Florida and naturally the American Airlines ticket counter was not open to check-in my bags. The queue was about 30 people – not really ready for lines at this time of the morning, but being able to play golf for four days in Florida will ease the “anger” level.

The flights went well and I arrived in Fort Myers on time to be picked up by my host and friend – John Pearson. John is a former member of Cripple Creek and lives full-time in the Fiddlesticks community. Playing to a 7.7 index, John can chip and putt like a champ and he showed it during our practice round today.

We teed off at 11:50 on the Lock Ness course, which had been recently rebuilt and just reopened in January. John and I are the 6th seed in the first flight, named the St. Andrews Flight and are playing from the #2 tees. Our first match is against the #1 seeded team at 12:30 today.

For the practice round, we played with Rich and his guest Alan. Alan (11.8 index) plays out of Grey Oaks and Rich is (6.7 index) is also on the Board at Fiddlesticks. 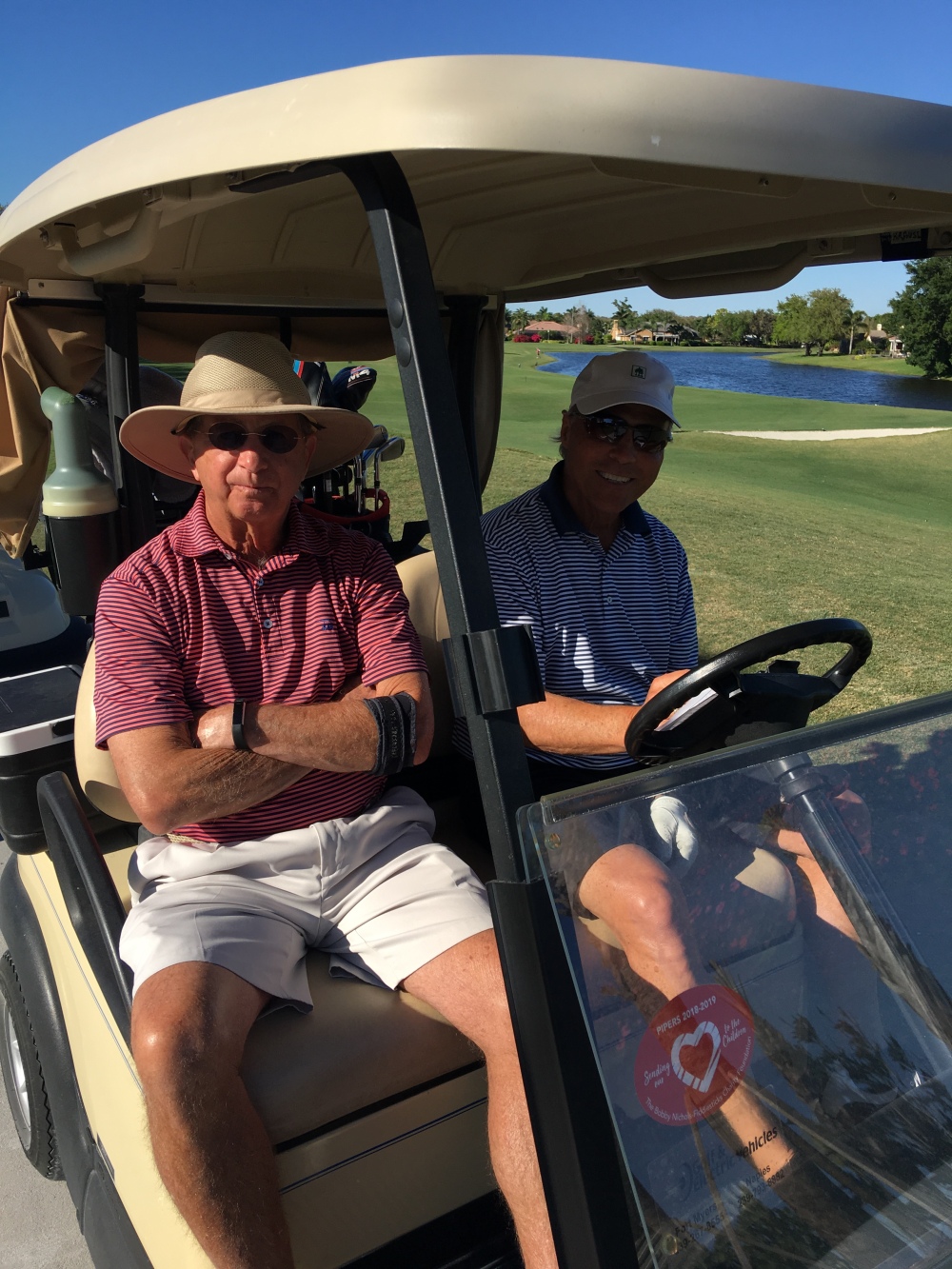 They played from the #3 tees at 5600 yards, while John and I were at 6100. Just to keep it interesting, we played a $5 Nassau with strokes falling as they were marked on the cards.

I started out well with a birdie and a bogey over the first 5 holes, but I was slowly wearing down. Only 3 hours of sleep and a long flight began taking it’s toll as I bogeyed the last 4 holes on the front, only hitting 1 fairway and 0 greens in that stretch. John was solid and kept us in the match with his putting and chipping so we made the turn 1up.

The back nine began with a solid tee shot and wedge to 15 feet, where I promptly 3 putted to lose then hole. A bad tee shot left and missed green was followed by another 3 putt and we were down 2 on the back. After settling down with 3 straight pars, I limped home with a 42 on the back to shoot 82. 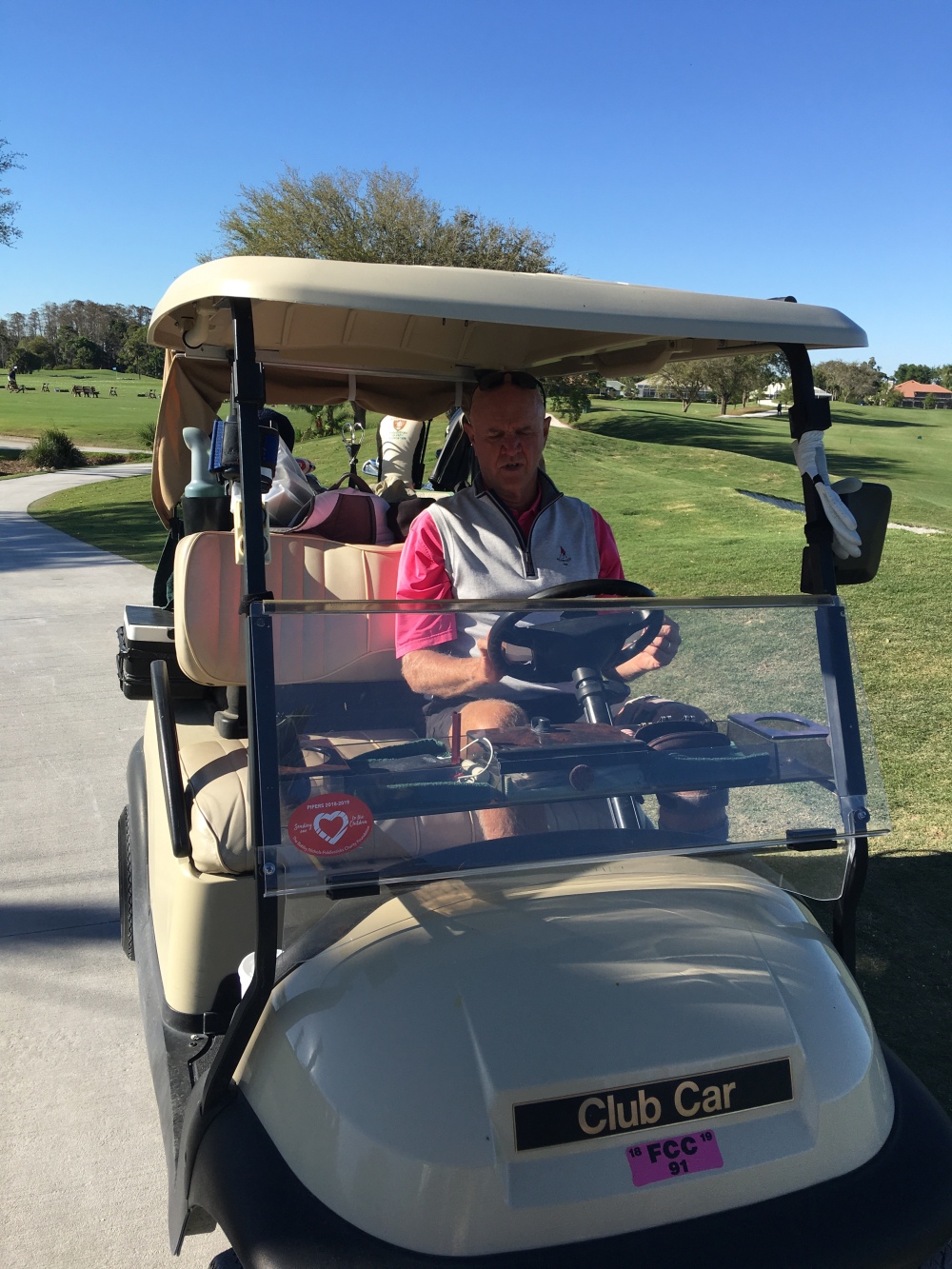 John was strong shooting 75 and single handily won the back nine and match for us.

My highlight of the day was a 3 wood into the wind from 230 over water on the par 5 finishing hole to about 25 feet for eagle. Naturally, I three putted for par (called it from the fairway unfortunately- bad karma). 39 putts for the day and only 9 fairways and 9 greens in regulation.

I’m headed to the range and putting green this morning to get ready for our first match. Let’s see if I can turn this around or if I’m going to rely on John for this tournament. 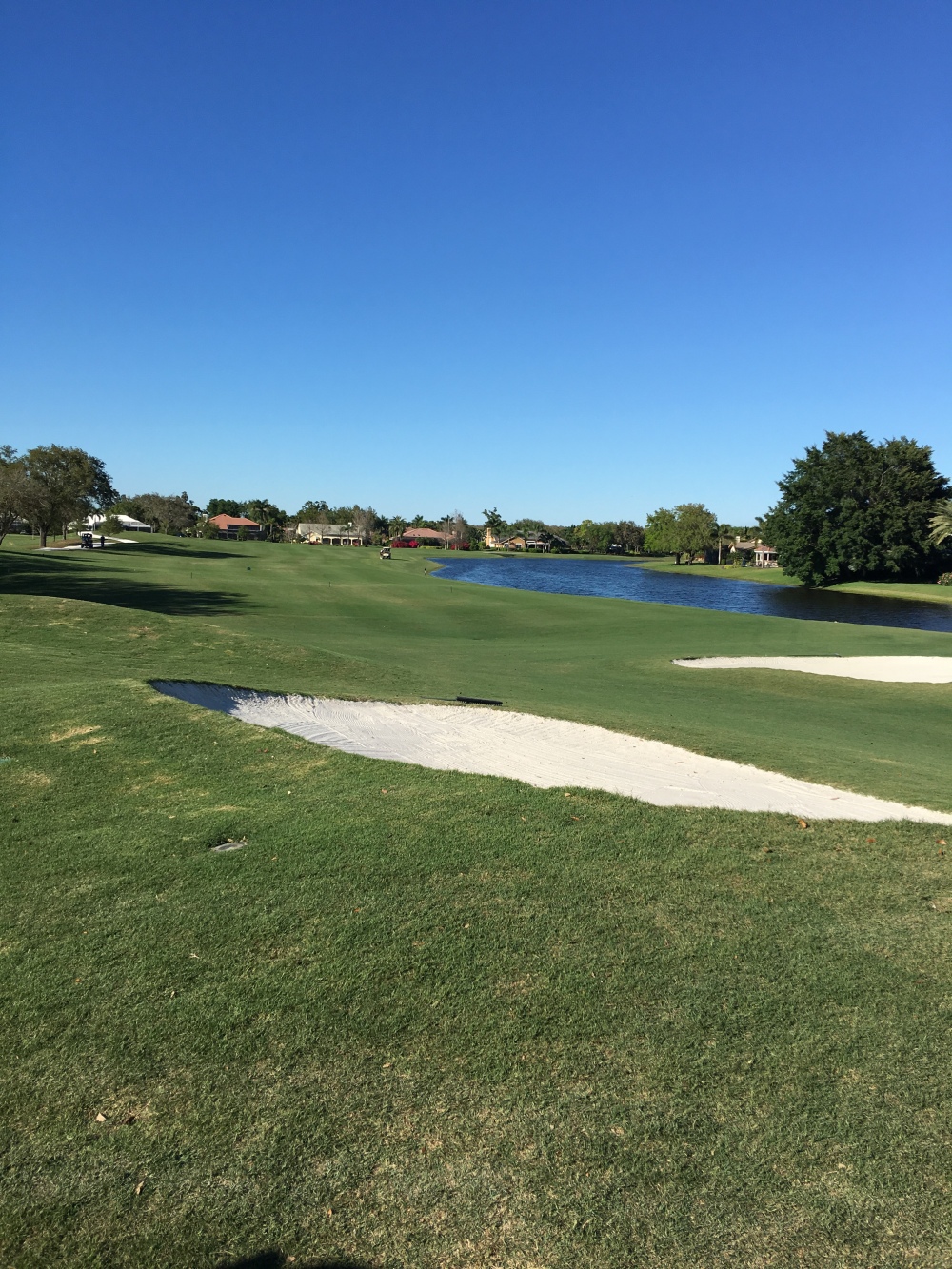 Before I go, a huge shoutout to Marriott Hotels. I left my kit in the bathroom at the Philadelphia Airport Marriott which contained my meds, etc. The staff turned it in and they agreed to send it FedEx to me at Fiddlesticks. It arrived at 7:30 this morning.

Haven’t posted in a week because the weather has not been good for golf on the Eastern Shore. Continued rain and cold have limited preparation for my first big tournament of the year – The Men’s Invitational at Fiddlesticks in Fort Myers, FL. However, I did get in two (2) rounds this past week. END_OF_DOCUMENT_TOKEN_TO_BE_REPLACED

When you play golf, rain is not your friend. When you live in coastal Delaware and it’s winter, rain is definitely not your friend . And, when it seems to have rained almost daily this winter, you’re ready to go crazy (if you haven’t already!)

So what do you do when you haven’t played a regular round since last Sunday? END_OF_DOCUMENT_TOKEN_TO_BE_REPLACED

Winter golf can be tough and Sunday at Cripple Creek was no exception.  With temps in the high 30’s to low 40’s, it was hard to stay warm and loose.  In addition, I wore about 4 layers of clothes and winter golf gloves which reduces your swing flexibility and deadens your feel.    With that said, at least I beat Jordan Spieth. END_OF_DOCUMENT_TOKEN_TO_BE_REPLACED

It’s Saturday morning. I’m watching live golf (thanks PGA Tour Live) from the Riv (Genesis Open, soon to be Invitational) and thinking about yesterday’s match at Cripple Creek. We had 5 players again. The course was fairly empty at Noon and the weather was better than what they faced in Pacific Palisades. Let’s go. END_OF_DOCUMENT_TOKEN_TO_BE_REPLACED

We played at Cripple Creek today (38 and sunny), and my team got smoked because I played so poorly. The good news is that I put $5 on Phil to win the AT&T at 25 to 1 and he has a 3 shot lead with 2 holes to go as the horn just blew to end play for the day. We’ll have to see what happens tomorrow morning. I know, I’m a degenerate . . . END_OF_DOCUMENT_TOKEN_TO_BE_REPLACED