Rocking the GrandPro’s old staff bag. My sister-in-law gave me Donald’s old bag yesterday after his memorial service. He’ll still be able to help my game from beyond. Miss him terribly- Rest In Peace GrandPro
So, there were only 3 of us in the Top Gun Flight at River Run and we all shoot the same score, playing in the same threesome. It was fun playing with these two kids, but I lost in the play-off. #tourontheshore
Sunday a #UATour Finals. Early morning time - you know what that means.
9 holes in and we’re approaching 3 hours on the course- frustrating #UATour
The 2019 Hootie is complete. Read my latest blog post here: www.strokesgainedretired.com
The Hootie - A Short History. New blog post at www.strokesgainedretired.com
Skip to content
September 8, 2015

You may be thinking that we are talking about how the world has changed over the years. For example, who would have thought that a conversation with our children would most likely occur through texting on a machine that many of us did not even grow up with years ago? Here we are talking about how things change from week-to-week. During the past few weeks we have been illustrating factors before and against a rate increase orchestrated by the Federal Reserve Board, whose “Open Market Committee” meets next week.

On the plus side we had a strengthening economy and the creation of jobs. On the negative side we had a correcting stock market, a stronger dollar, a slowing economy overseas and plunging oil prices. In just a couple of days, the stock market rebounded significantly, we had a significant upward revision in the estimate for our economic growth in the second quarter and oil prices rebounded sharply as well. In a matter of a few days, we went from not at all expecting a rate increase to thinking that a rate increase could happen. Just to make things interesting, a few days later, stocks and oil prices reversed again. If you are confused, think how the Fed must feel considering this decision.

And then came the jobs report. What did the jobs report tell us? Even though the addition of 173,000 jobs was less than expected, the unemployment rate dropped to 5.1%, the previous month number of jobs added was revised upward and wages grew a bit more than predicted. Overall, this report is a positive one for the economy and, therefore, increases the chance of a rate increase next week. Most analysts are putting the chances of an increase at 50-50 right now. Though, one thing we can tell you is that the Fed does not like major uncertainty. And there is plenty of uncertainty out there right now. Too much uncertainty may be the overriding factor determining the results of this decision.

END_OF_DOCUMENT_TOKEN_TO_BE_REPLACED 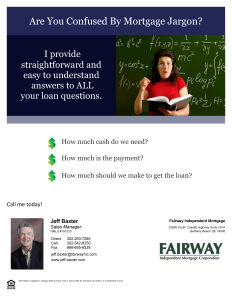 I often get calls that start out by asking the same question: “What are your interest rates?”

It reminds me of the time when a distant relative purchased a home. I quoted him an interest rate and when I called to follow up to see if he wanted to set up a loan application appointment, he told me that he ended up going with a lender who had a lower rate.

Fast forward 3 weeks later. The same relative called in a panic. One week before the scheduled closing date, you know what happened, right? His loan had been denied by the other lender due to too much debt. The other lender told him there was nothing more he could do. Case closed.

So, the file was transferred and yes, he had too much debt. But, by paying off one of the credit cards (yes, he got a gift to help him out), he qualified and closed the loan.

Here’s what I have found when a file gets transferred to me from another lender:

I wanted to tell you my story because if you find that you are having problems getting one of your real estate transactions closed, I’m available to give you a “second opinion.”

I want you to know that “I’m more than just a loan officer who quotes interest rates!”

The Federal Housing Finance Agency has announced the maximum conforming loan limits for home loans to be acquired by Fannie Mae and Freddie Mac in 2015. For much of the country, the conforming loan limit for a one-unit property will remain at $417,000 for 2015 with the limit at $625,500 in the highest cost areas. In 46 counties the limit will rise because those counties experienced increases in local home values. Both FHA and VA also announced their loan limits for 2015 and these agencies generally follow the conforming limits. However, under the Veterans Benefit Improvement Act of 2008, VA had allowed higher loan limits in some high cost areas. Because the Act expired in 2014, these limits must now be the same as conforming limits as well, unless Congress extends the law. VA will honor the higher loan limit after January 1, 2015 only if the sales contract and loan application are completely ratified before that date.

Meanwhile, Congress has acted on the expired Mortgage Debt Forgiveness Act, extending the tax exemption for short sales, as well as the deduction for mortgage insurance.

Contact me with any questions about these items.  Here are the links with more detail on these actions: 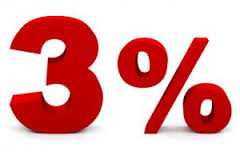 Getting a home loan is about to get easier. That’s because Fannie Mae and Freddie Mac, the two government-backed residential finance giants that backstop a majority of all home loans, have put new lending guidelines in place that should make it easier for borrowers to secure loans. Not only are the two agencies lowering downpayment requirements, but more importantly, they have clarified when lenders will be on the hook if borrowers default. In the past, Fannie and Freddie have been able to force lenders to buy back loans that have defaulted soon after it was issued, if any mistakes were made in the paperwork or if there was borrower fraud. Mel Watt, the head of the Federal Housing Finance Agency, acknowledged that the previous policy made it hard for lenders to understand exactly when Fannie Mae or Freddie Mac would require the banks to repurchase loans. Under the new rules, any loans with no missed payments for 36 consecutive months after they were first issued will be backed by Freddie or Fannie should they default. The agencies will also allow two missed payments in the first 36 months without forcing borrowers into foreclosure. And if private mortgage insurance, which is required for all low downpayment loans, is rescinded, say due to errors made in the underwriting process, lenders will not automatically be required to repurchase the loans. According to Lawrence Yun, chief economist for the National Association of Realtors, the buyback issue has been “the number one hindrance to residential lending lately. If it disappears, it would be a big boost to residential lending.” Freddie and Fannie have also said they will start backing 3% down loans. Borrowers can currently get 3.5% down loans from the FHA, although they require borrowers to pay expensive mortgage insurance premiums for the life of their loans. The new low down payment loans should help boost homebuying among low-income and first-time homebuyers, who have been conspicuously absent from the housing market over the past year. Lenders already seem to be loosening up a bit. Mark Palim, who oversees economic and strategic research at Fannie Mae, said average credit scores for approved loan applications have dropped slightly over the past few months and lenders are doling out loans with lower downpayments as well. Source: CNN/Money

Note: We expect to release more details about the Fannie Mae and Freddie Mac 3.0% down programs as they become available.

That is right. We have nowhere to go from here — and that fact represents good news. Each week the markets watch the first time claims for unemployment to get a reading on the employment numbers. However, that practice may very well have run its course with regard to its importance in the short-term. It is a matter of math. When claims dip below 300,000, as they have for several weeks this year, there is not much room for them to decrease further. A recent article from Bloomberg indicated that we are now at the level of claims not seen since 2006. And there are over five million more people who are participating in today’s labor force as compared to 2006.

Indeed, during the three previous expansions, weekly jobless claims averaged around 275,000, which is just below this year’s low. Again, we have millions more in the labor force now. However, don’t think that we have reached full employment. We have plenty who have exhausted their benefits and represent the long-term unemployed. Others are under-employed, which might mean they are employed part-time but desire to be employed full time. Add this to those who are laid off even in a better economy and there is room for improvement in the employment numbers even if the weekly claims do not move down from here. END_OF_DOCUMENT_TOKEN_TO_BE_REPLACED

What is the current interest rate spread between a fixed rate and an adjustable? Fixed mortgage rates are based upon long-term interest rates while most adjustables are based upon short-term rates. For example, a one-year adjustable will typically be priced off current one year “T” bills. Short-term rates are typically lower than long-term rates, which is why adjustables will have starting rates below fixed rate loans. The difference between the two—the spread–is not always the same.  If fixed rates are at 6.0% and a one-year adjustable starts at 2.0%, the benefit is clearly seen. If the adjustable starts at 4.5%, the choice is not so clear.  END_OF_DOCUMENT_TOKEN_TO_BE_REPLACED